The journey to Ecuador was very eventful including a lost purse, a nights stay in a hotel you usually pay for by the hour, a recovered purse and a very long road they call trampoline of the dead. And rightly so as it’s so high up in the mountains their is absolutely no visibility and a huge mountain drop to one side. So narrow that when you meet oncoming traffic somebody’s reversing skills are seriously tested as they manoeuvre around blind corners dodging the fallen down trees and boulders. 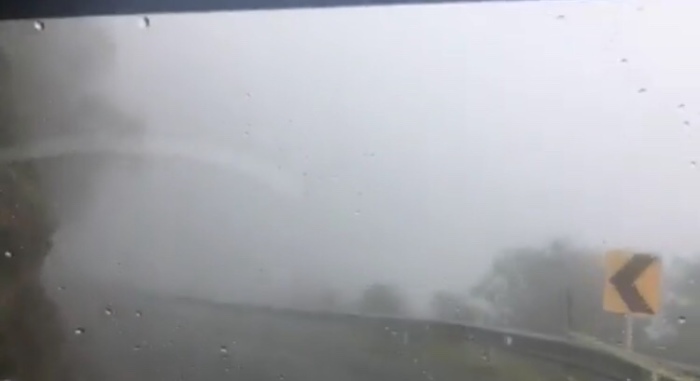 A quick stop at Otavalo that we both agree was overpriced and the market not all it was hyped up to be. So after a quick walk around we got a local bus to Laguna San Pablo, we both agreed that although the lagoon was beautiful it would look better from above so instead of paying for a very bleak looking boat trip, we began scaling the closest mountain. Feeling pretty unfit as we finally reached the top panting and collapsing on the surrounding rocks. 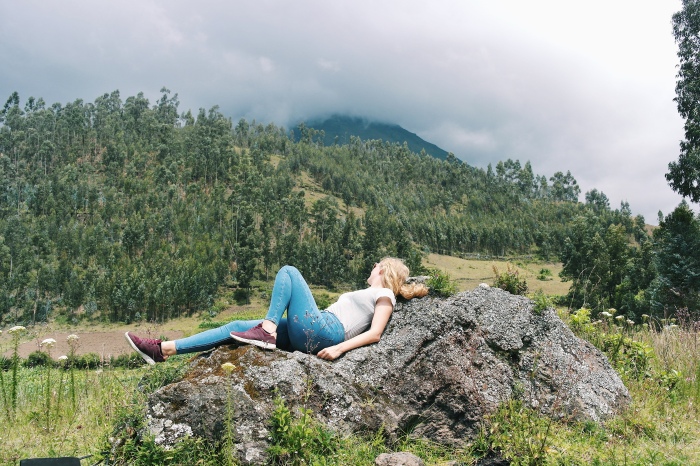 We got back to town and jumped on a bus to Quito hoping to find some new friends, sick of the sound of each other’s voices after days of travelling. But instead ended up making an enemy in the owner of our hostel (bad) Vibes. The owner was the kind of person who moved and talked like he was constantly bored. 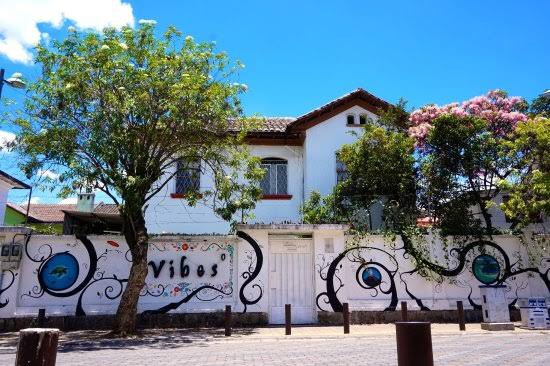 After our first night I work up eaten by bed bugs again! And when I politely took the owner to one side to let him know they had a problem he instantly accused me of lying despite the obvious evidence. Told me I probably had a skin condition and practically kicked us out threatening to blacklist us in the hostel world so no one would take us in. We left in a state of shock, walked around the corner and checked in to Colour house.

The owner was amazing and not only had all of our clothes washed, dried and back with us within hours , but also arranged our tours for us for the next day and all cheeper than Vibes.

That evening we went to the historical centre of town which is amazing! Beautiful building surround the local square filled with benches of content locals taking in their surroundings. We ate in Cafeteria Modelo a busy place where we tried some local classics. One of which being Locra a potato, cheese and avocado soup. It was lovely.

That night after sharing a giant beer us lightweights were drunk and stumbled home lost with the giggles.