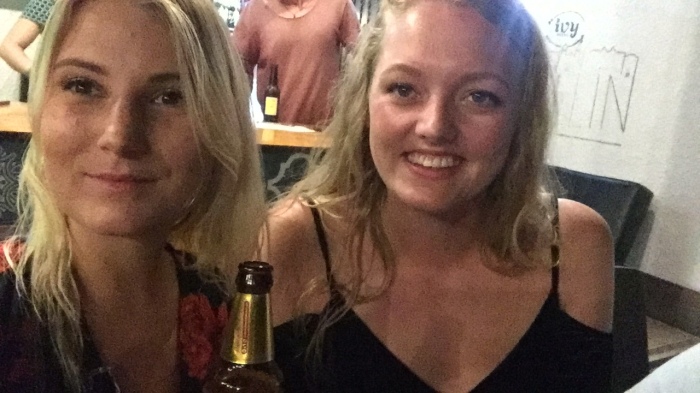 New year same hangovers! Me and Daisy showered, shaved and put some makeup on, we actually resembled the two girls that had left England 3 weeks ago! This is the first sign of the direction the night was going in, see for two girls who have given up caring about appearances and only shave when absolutely necessary when we actually look and feel like women again we want to share that. So now ready for a drink we got tipsy at the hostel bar trying our first shots of Aguadiente. Now sufficiently drunk and ready to take Medellin by storm we left our fellow hostelers and went to Happy Buddha to meet our Aussie mates. A few beers and some eagerly received free food later we decided to walk the half hour journey back to our hostel putting the world to rights the entire way. After a few more beers we were all drunk and aware that the countdown was fast approaching so headed out in a convoy of taxis to our next location. A hostel even more quiet and shit than ours had been. This is where the mischief really began as I decide to wingman Daisy with the help of my super unsubtle friend. Less than five minuets later they share a sneaky kiss and we celebrate our new careers as matchmakers with a high five. I instantly realised this plan had backfired when it dawned on me that I had now lost my wingman. But my matchmaking partner filled the position of partner in crime as we bonded over fellow pride and lots of booze. After a countdown that Daisy missed whilst peeing, followed by hugs with a bunch of practical strangers we ended up at Happy Buddha hostel once again. Where the floors were sticky, the bathroom cues long and the residents a sea of pissed up gringos! We managed to bump in to almost everyone we had met on this trip so far and embarrassingly failed at salsa. After we had kissed a couple of frogs with some cringeworthy public displays of affection across town, we decided to call it a night and snuck off home. Only to wake up the next morning realising the guys we had kissed were actually staying in our hostel! So now sleep deprived and followed by our shame we hid in the tv room watching a chic flic until we had enough energy to load up like donkeys with all our worldly possessions and head off to find a bus out of this hell!