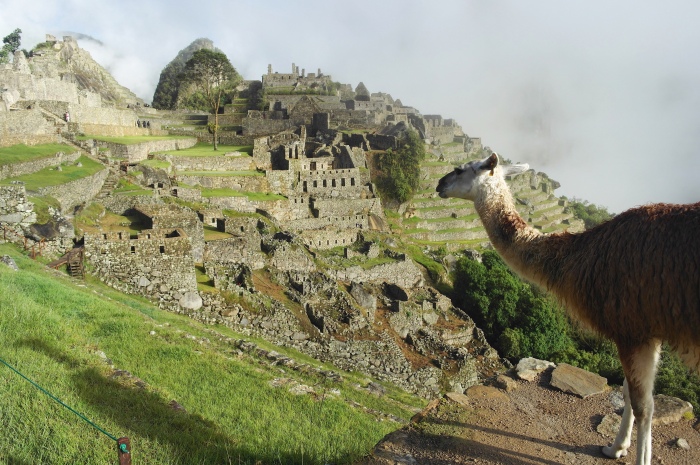 So after lots of debate we decided on the inka jungle trail to Machu Pichu where you are promised not only ancient ruins but a side of adrenaline along the way with mountain biking, zip lines and hot springs included. So we haggled on the price, recruited some friends and set off. The first day after a short drive we were geared up with protective clothing and half decent bikes and sent down the mountain promised that although it was 58km over half was downhill. This didn’t stop us peddling till our legs went numb as we each tried to keep up with the figure in front. As we swerved giant rocks and passing cars whist splashing through rivers that snaked over the roads. At the start we were high up in the mountain with crisp cold air but as we descended in to the jungle we were hit with a hot humid tropical wall of heat and minuets later the rain began, the clouds fell around us making visibility tough as we wound our way down. But almost as sudden as it started a very clear line in the road where one side was soaked and the other bone dry marked the leaving of the rainy area. 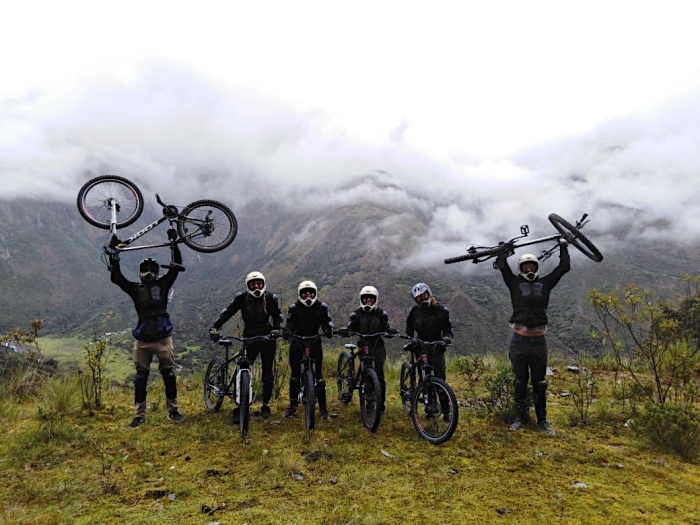 And two hours later we arrived to meet the van soaked through and hearts pounding ready for the first of our quinoa soups. That evening we relaxed at our accommodation playing cards before a very disruptive nights sleep as parrots, cockerels and crickets all competed for our attention. At least once during the night we were convinced our tour guide had turned in to a ware wolf clambering around on the roof. 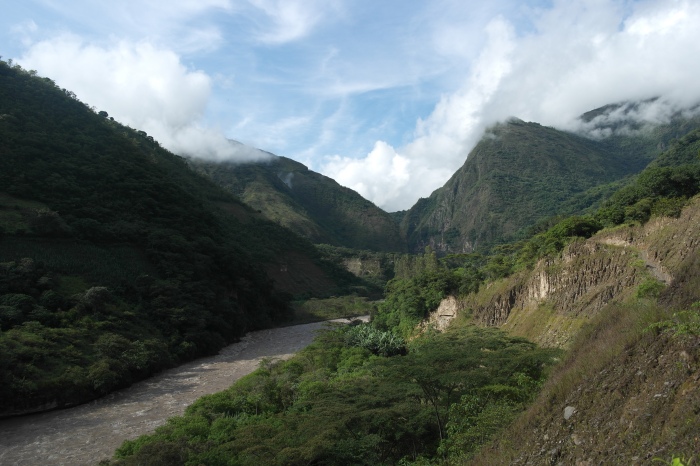 Day two after a very early breakfast we set off on our 21km walk with absolutely no idea how far that really is… VERY FAR! We walked along a powerful whirl-pooling river and through the dense jungle where we weaved between towering plants and tornadoes of mosquitos before coming across a family who clearly lived here in this dangerous nowhere. They prepared an array of strange jungle fruit for us to try, most of which was politely accepted but discreetly spat back out as the the warm substances resembled my vomit. We then bought some 100% natural fruit ice lollies which were absolutely delicious and set off on the worst part of this journey. What felt like a five hour walk up an impressively sized mountain whilst we all sweated and questioned if we were there yet like the annoying children we never grew out of. During the journey we stopped at every given opportunity as the guide explained the many medicinal purposes of the plants surrounding us. The view from the top was amazing and we were grateful for the breeze so high up. 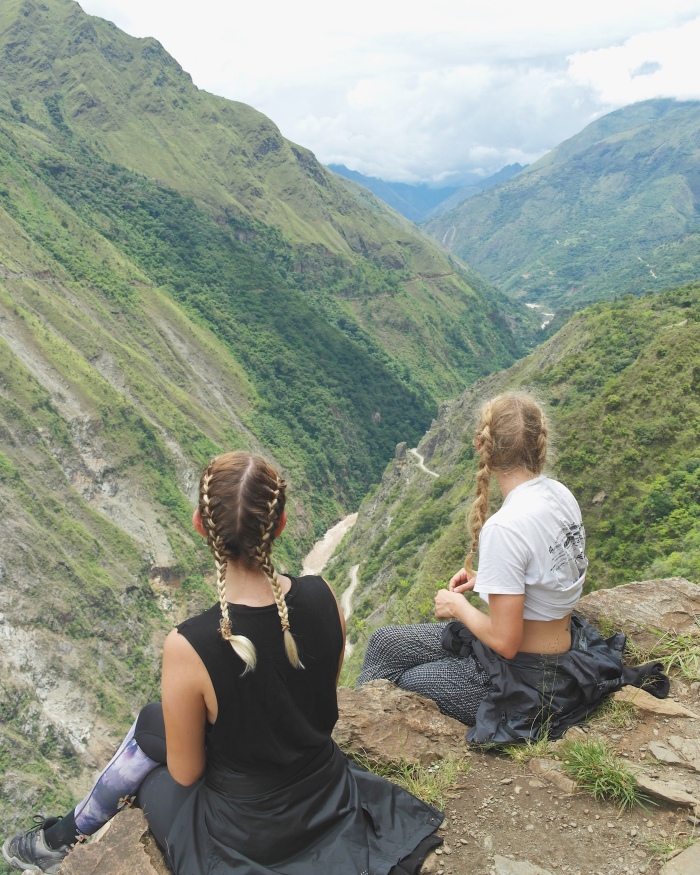 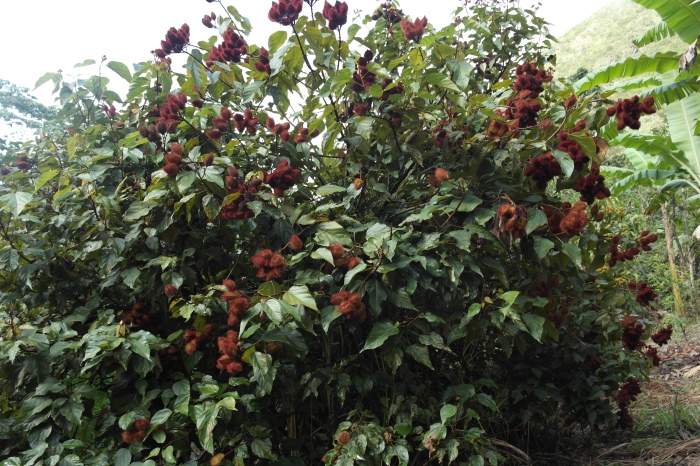 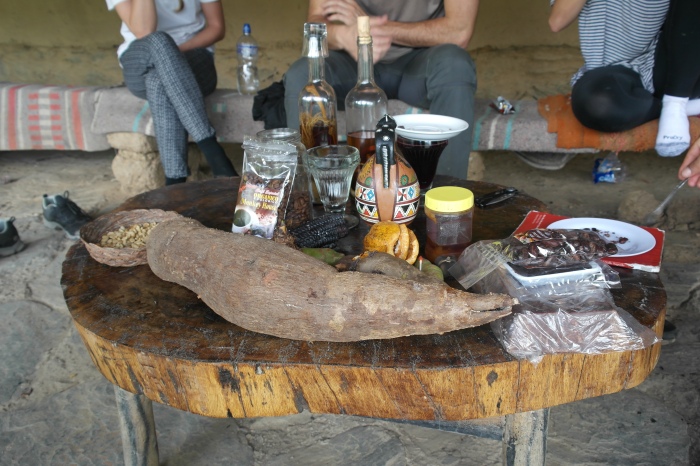 We stopped of at monkey lodge where we tried a few local spirits infused with random herbs and snakes, ate chocolate doused in honey and watched some parrots bathe (not in a creepy way). The walk down was spent not nearly as out of breath but with toes cramped up in the front of our shoes as we walked vertically downwards towards lunch yet another quinoa soup set menu! More walking and a very questionable cable car to cross the river that was operated by two jungle dwellers who pulled us across in twos and grunted for payment before we finally arrived at the hot springs where we calmed our aches and washed the sweat away in a bath full of strangers. Before eating multiple chicken sticks and heading to dinner. A scramble of a buffet as we tried to load up on enough carbs to fill out constantly rumbling tummy’s. Day three was the zip lines as we all anxiously geared up and threw ourselves off the side of mountains soaring at incredible speed to the bottom where the next line awaited. The last was done upside down with our legs in the air as we resembled monkeys. We then walked 11km on our already blistered feet following the train tracks all the way to lunch. A quick game of cards and we began the last 3hrs of our journey to Aguas Calientes our last stop before Machu Pichu, where we spent the night exchanging foot massages in preparation for the 4000 stair climb awaiting us the next morning. 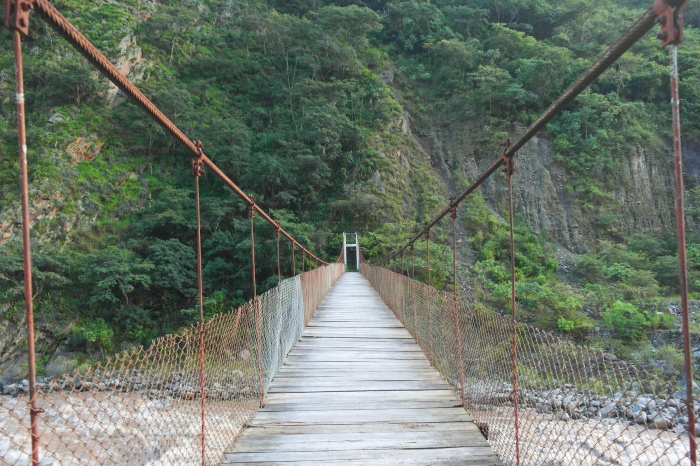 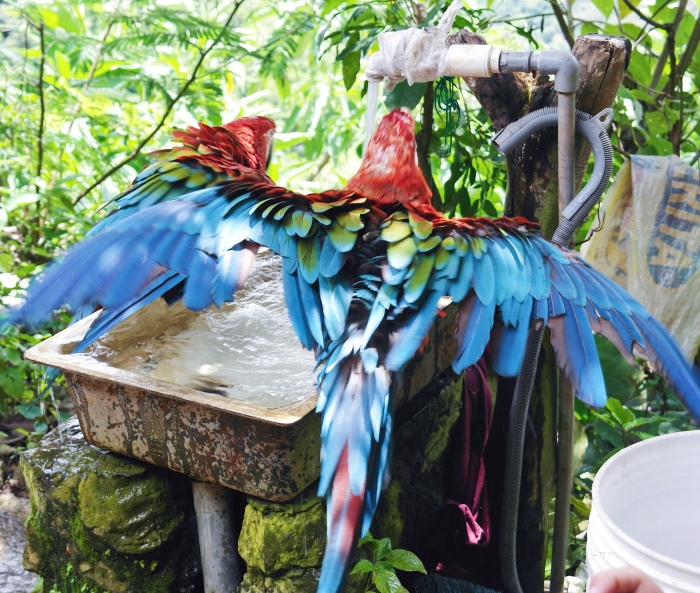 Finally the day had arrived with a 4.30am pitch black morning walk as we headed to the steps of doom. We all split up choosing our pace, as we climbed and climbed and climbed panting in unison with the surrounding strangers only stopping to down water and comment on the intensity. We managed the supposedly two hour climb in an hour proving the stairs were not as never ending as we once thought. Once in we were herded straight to the entrance of waynu pichu a mountain that has surely earned it’s name from the moans of the people stupid enough to climb the thing, and extra we had added on before we knew what leg pain was. On the way up we wondered what we would possibly see through the wall of fog surrounding us but as we struggled on one foot in front of the other we watched the clouds rise around us with such speed that it looked unreal and once at the top the view now clear reminded us why we had chosen this torture. As we cracked open our well prepared tuna salads and sat amongst the ruins enjoying the sunshine. 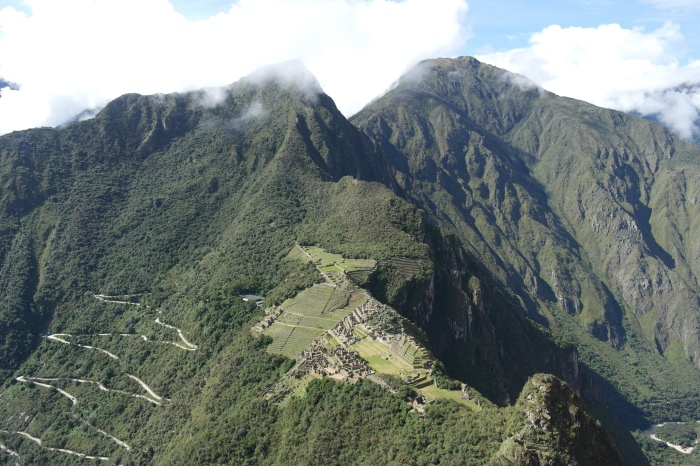 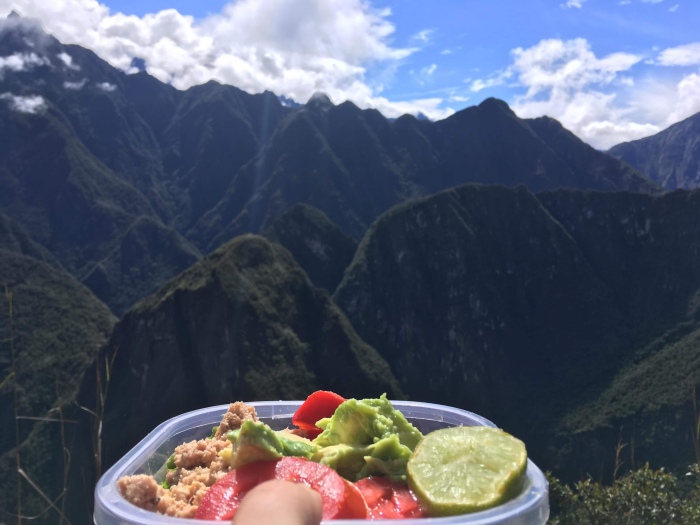 The decent down ruined our knees but not our spirits as we laughed at bad jokes and ate any snack in sight. That night we feasted like kings in the market diner for little more than £1. Ready for the trip back the following day. Where clean clothes and dry shoes awaited us.